Led by Dr Andrew Regan and Andrew Moon, the Moon Regan Transantarctic Expedition team completed the first there-and-back vehicle crossing of the Antarctic continent. The 10-man team left Union Glacier on 25 November 2010 and arrived, via the Geographic South Pole, on the Ross Ice Shelf on 9 December. They then retraced their tracks and completed the return journey on 17 December 2010. In all they covered nearly 4,000 km and travelled for 20 days, 12 hours and 30 minutes.

The Moon Regan Expedition team committed to using their time in Antarctica to facilitate the work of Imperial College London, lead by Prof Chris Toumazou, one of the world’s leading scientists in bio-inspired scientific research.

The Winston Wong Bio-Inspired Ice Vehicle was the lead vehicle of the Moon Regan Transantarctic Expedition. The BIV is an agile route-finder – with a single driver – for the two Science Support Vehicles (SSVs) which carry the other ten members of the Expedition and act as mobile laboratories for the Expedition.

Originally developed with an 1150 BMW engine adapted to run on E85 bioethanol. The engine was changed in the run up to the 2010 Expedition to a Rotax 914, which will be better suited to lower temperatures and higher altitude and is proven to deliver more horsepower

Its weight is around 700kgs

The BIV is bio-fuelled. The Expedition will monitor the performance of biofuel in this harshest of environments

Its top speed is around 84mph

The BIV has the minimum possible number of moving parts

It has a three blade variable-pitch propeller

The BIV carries only one driver. Driving will be shared by the 11-man Expedition team over the 3600 mile/40 day journey across Antarctica

Over the course of the Expedition, the team took advantage of their time in Antarctica, undertaking extensive testing on different technology instruments to gather vital data on behalf of Imperial College London;

The trialling of a ground-breaking health monitoring device developed by researchers from Imperial College London. The Life Platform, by Sensium TM technology, collects and locally processes vital sign information including motion, heart rate and single lead ECG using electrodes positioned across the chest. Information is transmitted wirelessly in real-time to computers. This technology, with its non-intrusive, remote and ultra low-
power continuous monitoring, is set to revolutionise healthcare monitoring. (It emerged from the Institute of Biomedical Engineering, Imperial College London, and is now being developed for healthcare applications by spinout company,Toumaz UK Ltd).

The team mapped and photographed meteorites for Dr Matthew Genge, from the Department of Earth Science and Engineering at Imperial College London. The large, white, undeveloped expanses of Antarctica make it a prime location for meteorites. These rocks are often older than the Earth itself.

Snow samples were collected over the course of the Expedition and will be kept for analysis of trace metal concentrations and Persistent Organic Pollutants (POPs). Trace metals and POPs can be used as markers to show the circulation of pollutants within the Southern hemispheres.

Ground penetrating radar was used to study the surface integrity of the ground in front of the vehicles. The data from the radar will be offered for future crevasse-mapping.

The Expedition’s on-board weather centre informed the team and provided a full record of all weather experienced. 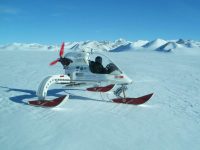 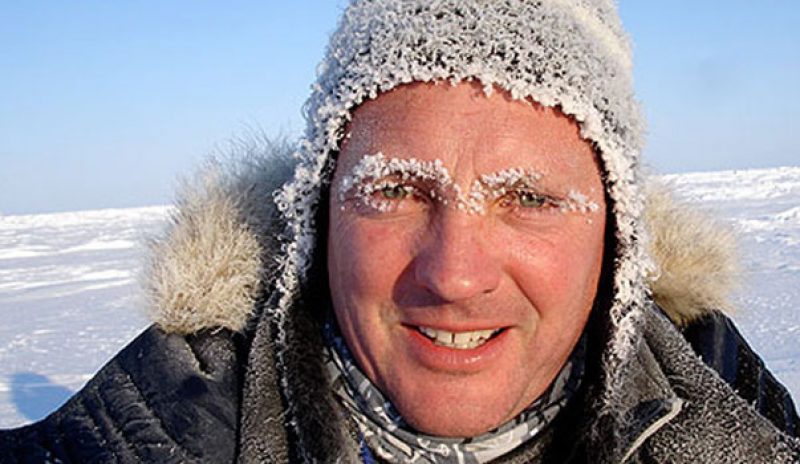